Based on the provided Adobe Illustrator files containing streets, landmass and a few of the required point of interests, along with an inaccurate map of the Big Island (Hawaiʻi) and a relief of the island, I was asked to produce a folded tourist brochure with two inset maps and a text panel as a portion of the requirements of the Geographic Sciences Program at the Centre of Geographic Sciences.

The crucial point was to label areas with high concentration of point of interests. This is very well apparent in the inset map of the Kona coast (on the back side of the brochure). There were 8 hotels along the coast within less than one centimetre. In this particular case, two point symbols are transformed in an area symbol by connecting them with dashed lines, numbers is used and an instruction for the reading direction is added.

There are official island colour's of Hawaiʻi. Initially, it was planned to incorporate those colours into the brochure but at the end only orange (it's the colour of Lānaʻi and not Hawaiʻi though) was used. However, the orange goes very well together with the blue of the waterbodies.

Freely following KISS (keep it simple, stupid), a design principle, simple black strokes for the streets and simplified icons are used. Hotels are labeled in a dark red, parks and other natural features on land in a dark green, water features in blue and all other point of interests in black. For road shield, the real symbol (with a slightly different font), published under public domain on Wikipedia, were used. This allows a better recognition by the map reader. The simplified design elements are chosen to minimize distractions for the map reader.

Colours were chosen based on a previously printed CMYK colour chart. They definitively look different on the screen. Finally, the brochure design was done in Adobe InDesign and kept simple as well. 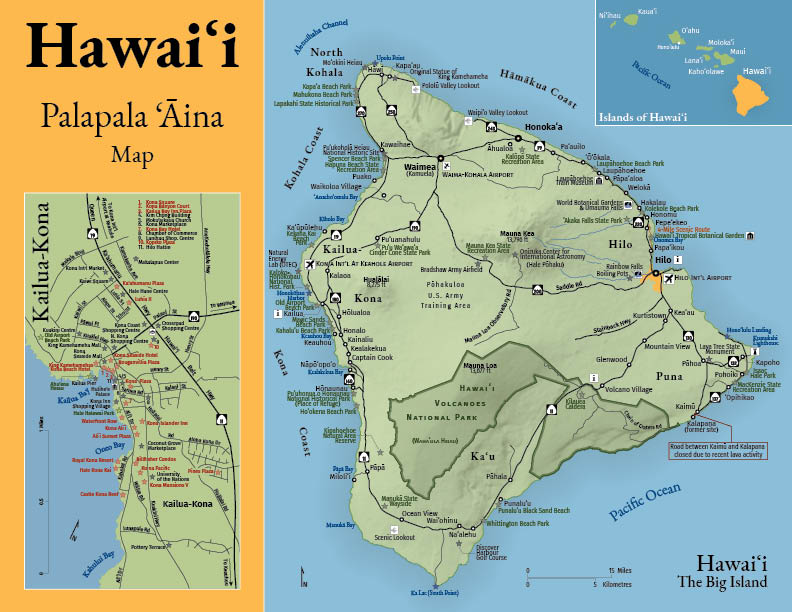 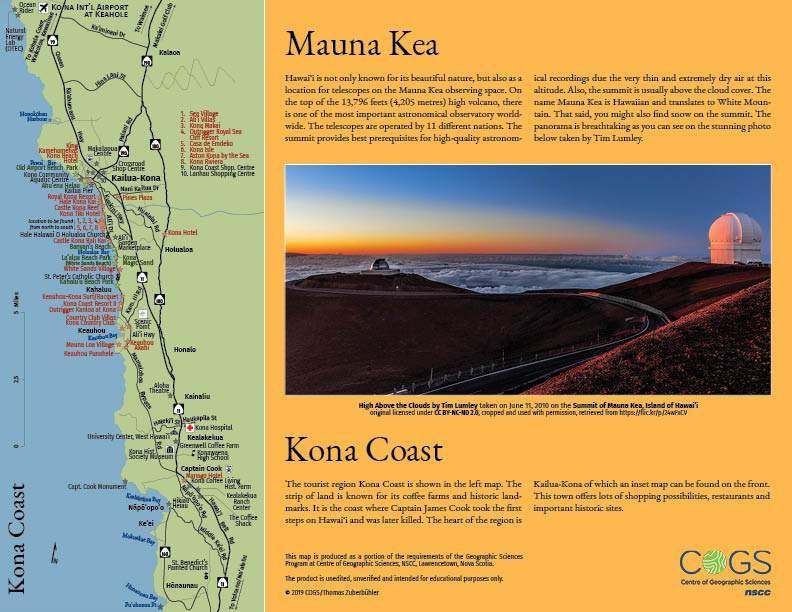