My first interest in maps and GIS was awakened at university when I wrote my diploma thesis. I was developing a web application — a web hiking route planner — in a time when modern web frameworks were rare and in their early stages of development. I have graduated with an Applied Bachelor's degree in Computer Science at the University of Rapperswil in 2006.

Eight years later, I started a Master's degree in Geographic Information Science & Systems at the University of Salzburg and graduated in 2016 with distinction. During that time, I was also working full-time as a senior software engineer for HRM Systems AG.

Rewarding myself with some time off, I moved to Vancouver, British Columbia, in 2017. I was enrolled in a co-op program at a private college and worked during my work term as a Café Bakery Server for Terra Breads Inc. on Granville Island. Later in 2018, I decided to extend my stay in Canada, started a diploma program in Geographic Sciences (Cartography concentration) at COGS and graduated in 2020. I love cartography and I am eager to learn anything about this subject.

I am working as a GIS Developer/Cartographer for MapDev Technology Solutions in Halifax, Nova Scotia, since October 2020.

In my free time, I like to travel, hike/walk and read. I am interested in cartography, geography, history, politics, movies and programming.

The origin of the name Zuberbühler can be found in the Northeastern and German-speaking area of Switzerland, namely in the Appenzell region. People often used containers, which looked similiar upside down, to name landscape elevations. A Zuber is a tub, i.e. a wooden (or metallic) container used to bath small childrens or doing laundry in earlier times. The original and first person with the name Zuberbühler must have lived on top of a hill (Bühl) which looked like an upside down tub. (Source: Radio SRF 1, podcast in German)

In addition to the latin alphabet, German also make use of umlauts. Those umlauts are «ä», «ö» and «ü».

It happens that my last name (Zuberbühler) is written with such an umlaut, namely with an «ü». Umlauts cannot be found on an English keyboard but the letter «ü» can be substituted with «ue». My full name would be written in that manner and correctly:

Please do not just omit the two points on top of the «ü». The correct writing would be either Zuberbühler or Zuberbuehler.

More information on Wikipedia about umlaut diacritic usage and Printing conventions in German.

The German "Z" is pronounced with an English "ts" sound. Like in cats.

The next part "uber" is pronounced like the company Uber.

The most difficult part uses an umlaut: "bühl" is very hard to pronounce for non-German speakers. To simplify this, lets assume there is no umlaut: similar to the first part of bulldozer. Here a link how to pronounce ü if you are up for a challenge.

The last part "er" is pronounced like the ending of buyer. 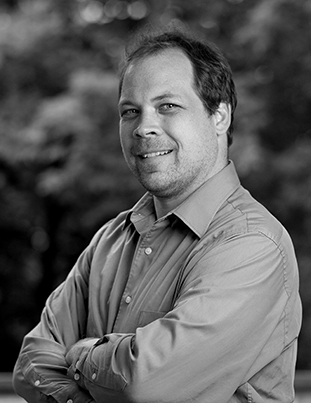